The total harvest of barley, oats, wheat and rye of 3.6 million tons is at an average level over a ten-year period. The harvest is 38 per cent higher than in the 2021 crop failure year. Cereal stocks on farms and in the cereal industry decreased lower than normal during the summer before harvesting. The recent cereal harvest is expected to guarantee nearly normal consumption of domestic cereals over the next twelve months.

Barley has been the most cultivated cereal in Finland for 40 years now. In 1977, barley overtook oats as the main cereal in Finland. Of the barley volume of roughly 1.4 million tons harvested in the autumn of 2022, the majority will be used to feed livestock on farms.

“The oat harvest was approximately 1.2 million tons, being a sixth higher than on average during the last ten years. Oats are closing the gap to barley in the competition of the most cultivated cereal in Finland. In recent years, oat exports from Finland have been stable at around 300,000–400,000 tons and, at the same time, the consumption of oats in domestic food production has increased,” says Anneli Partala, senior statistician at the Natural Resources Institute Finland (Luke).

The wheat harvest totalled 840,000 tons, being at an average level during the monitoring period of the last ten years.

The rye harvest remained at 64,000 tons. This is the third year in succession when the rye harvest is insufficient to cover the volume required in the production of domestic rye bread. Rye only accounts for a few per cent of our total cereal harvest.

This year’s organic oat harvest exceeded a hundred million kilos, covering nearly nine per cent of the total oat harvest. Nearly 10,000 tons of organic rye were produced this year, accounting for 15 per cent of our total rye harvest.

Crop production statistics include all key crops in Finland

The preliminary crop production statistics on the 2022 harvest are based on data obtained from approximately 4,100 farms, some 480 of which are organic farms. This autumn, data about harvest levels will be collected from approximately 6,000 farms. The collection of harvest data will end at the beginning of December, and the final 2022 crop production statistics will be completed on February. You can subscribe to the final statistics at https://www.luke.fi/en/form/subscribe-to-releases. 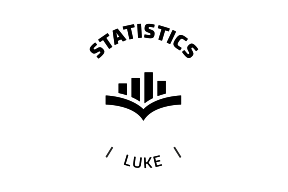 Cereal harvest estimated at 3.6 million tons – the return to average harvest levels after two weaker years is a relief