Luke’s life cycle assessment (LCA) methods provide significant benefits for all actors of the food chain. We can systematically assess the environmental impact of different actions and therefore help them make sustainable solutions. Cooperation with greenhouse producers is a significant long-term example. In the early 2010s, they were already considering whether a cold country such as Finland can be home to climate-friendly and sustainable greenhouse production and, if so, how. The next step was to conduct an LCA-based carbon footprint evaluation.

Luke, in cooperation with private sector partners, developed a carbon footprint calculator for greenhouse production, covering all production chain phases. In addition, Luke prepared separate specified carbon footprint evaluations for the Finnish Glasshouse Growers’ Association and firms in the sector. They addressed not only energy, but also carbon dioxide, the production chains of fertilisers, growing media and packaging, as well as the processing of green waste.

In comparison, the highest climate impact of food production other than greenhouses comes from biological production processes, including nitrous oxide (N2O) emissions from soil and the nitrogen cycle.

“Our aim has been to add other key environmental factors, such as the water footprint, to the calculation alongside the carbon footprint. The calculation methods are continuously developed in order to make better use of the environmental footprint of products in public debate, communication and as environmental claims,” says senior scientist Juha-Matti Katajajuuri.

Through the deployment of the carbon footprint calculator, greenhouse entrepreneurs shifted increasingly to renewable energy. In 2004–2017, the climate impact of Finnish greenhouse production halved, and it is expected to continue to decrease at a sector and product level. A similar trend can also be seen in other food production chains.

“Carbon footprint research has produced concrete benefits for the greenhouse sector as a whole and for individual greenhouse enterprises. The results show that Finnish greenhouse production is sustainable, also when it comes to environmental impact. For individual enterprises, the carbon footprint calculator offers a useful tool for developing their operations in a climate-friendlier direction,” says Niina Kangas, CEO of the Finnish Glasshouse Growers’ Association. 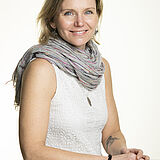