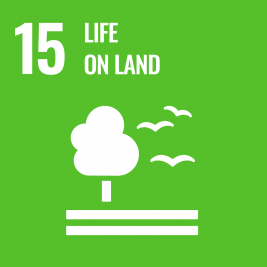 New methods are needed in agriculture and forestry that simultaneously consider soil carbon sequestration and productivity, biodiversity and the economic viability of operations. Luke develops and researches these methods and produces solutions.

This chapter presents Luke's research on the effects of growing different forests and logging methods on soil and its carbon sequestration capacity, forest biodiversity, and wood production. It also presents the restoration of drained bog forests, research on biodiversity in agriculture, and the protection of landlocked Lake Saimaa salmon.

From the point of view of the sustainable use of forests, it is important to find out how profitable forestry can be while preserving forest species diversity and their multi-use value.

The 'Metsien luontaiseen häiriödynamiikkaan perustuvat käsittelymallit' (Processing models based on the inherent disturbance dynamics of forests) -project combines research of logging methods and nature management measures in continuous cover silviculture. The project, started in 2009, examines, for example, the felling methods of continuous and periodic cultivation, the production of rotting wood and the number of retention trees. In 2021, new information was produced on the occurrence of damage in differently treated forests.

The pilot set-up for the project will be extended for decades to assess the long-term effects of forestry measures on forest species. One of the key questions in species research is the risk that a species could become extinct even if the change in its habitat ceases.

The information produced in the project can be used to develop forestry practices. It also provides up-to-date information on implementation of the EU Biodiversity Strategy.

Restoration of drained peatland forests became more widespread in protected areas in the 21st century with EU-LIFE funding. Monitoring of the restoration also started at that time. Monitoring started by Luke's researchers in northern Finland focused especially on the study of vegetation, tree structure and hydrology. In recent years, researchers have also begun to study the effects of restoration on greenhouse gas balances.

The LIFEPeatLandUse project, led by Luke, produced forecasting models and estimates for the diversity of low-yielding bogs, water pollution, greenhouse gas balances, and cost-effectiveness of measures after seven different uses. The results showed that restoration is particularly beneficial for meeting biodiversity and water pollution abatement objectives, while climate benefits are realised in the long run.

The forecast models are further processed in the ongoing HydrologyLIFE project. Here, Luke produces forecasts for the distribution of endangered bog plants in Finland and makes models for water and climate impacts. Luke also looks at the acceptability and socio-economic impact of restoration.

Take urgent and significant measures to reduce the degradation of natural habitats, stop the loss of biodiversity and protect endangered species and prevent their extinction by 2020.

High stumps increase the number of species in the forest

A high stump is an important habitat for many forest species. In connection with felling, the amount of decaying wood can be increased by cutting the tree trunks into high stumps from a height of a few meters.

A study conducted by Luke for Metsä Group in 2021 found that high stumps increase the number of species dependent on wood decay. The project investigated high stumps in regeneration areas and thinning, as well as the usual logging stocks as a comparison. There were clearly more species in high stumps than in harvested stocks. About a third of the species in the studied areas were found only in high stumps.

Metsä Group commissioned a study on high stumps, as so far there is little published research data on the importance of high stumps for biodiversity in Finland. 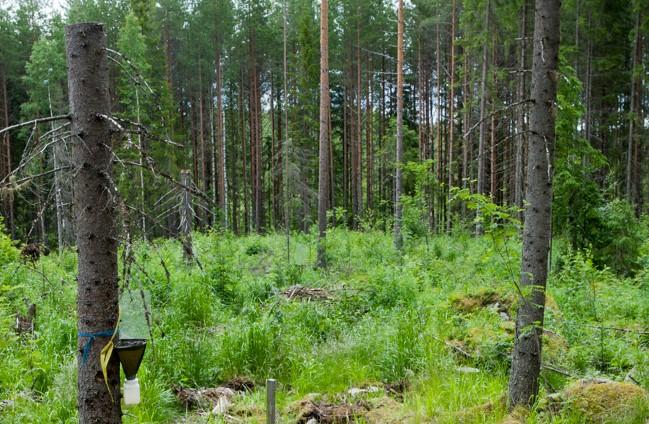 Promoting biodiversity to ensure the sustainability of agro-ecosystems

Conventional monocultures weakens soil structure and reduces biodiversity of field environments and food systems. Cultivation methods that increase biodiversity include a variety of crops with different and mutually supportive characteristics.

During 2021, Luke produced new information on the state of soil biodiversity in European wheat fields and the factors affecting it in the SoildiverAgro project (2019–2024) funded by the Horizon Europe Programme.

The results of the field research will be used to identify, together with farmers and other agricultural stakeholders, best available practices that promote the biodiversity of agricultural land. This means that food can continue to be produced in Europe in accordance with the goals of sustainable development.

Conservation of a landlocked salmon population by hybridisation

The dramatic decline of landlocked Lake Saimaa salmon stock because of river construction and intense fishing has caused a genetic bottleneck phenomenon. Consequently, the genetic variation of the remaining salmon stock is very low, and harmful inbreeding is evident. The hatchery fish of different ages also show clear signs of reduced viability.

Genetic diversity of the landlocked salmon can only be increased by introducing new gene forms from other salmon stocks through hybridisation. Increased genetic variation can then increase population viability as well as improve adaptation to a changing environment. On the other hand, adaptations evolved to local conditions may also be impaired and the viability of hybrid fish may be reduced. The harm caused by hereditary impoverishment in the landlocked salmon stock can be expected to outweigh the risks associated with crossbreeding.

Research initiated by Luke (2018–2022) has sought answers to the question of how hybridisation between salmon stocks may affect offspring survival, growth, disease resistance, and behaviour. Information on the effects of hybridisation will be needed over a long period, covering at least two generations, before the method can possibly be applied in practice as a conservation measure. 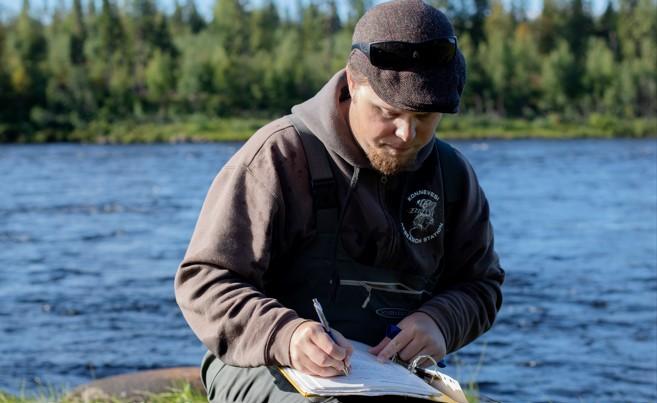