Luke.fi and stat.luke.fi websites have been renewed. Read more
Share the page

We have faced a significant raise of gross domestic product in just a few decades. Our fossil-resource-driven system has been built on maximizing the produced capital and profits. The current war in Ukraine has shifted the focus towards security of supply but fundamental question remains: can our economic system solve the major challenges of our time such as climate change, biodiversity loss and inequalities as those originate from the continuous economic growth and consumption that the economic system reproduces and relies on? Circular bioeconomy is a paradigm, which emphasizes using renewable resources over non-renewables and reusing or recycling over waste. In this blog we briefly discuss the concept of circular economy from the perspective of degrowth and economics.

Degrowth is an approach that has gained a considerable amount of attention among scholars and activists working towards post-capitalist, post-fuel and post-growth futures. Degrowth is concerned with the question of how humans can live well without overconsuming ‘the basis of life’ on which their very existence and that of other species depends. Yet, degrowth is not simply about descaling the economy and the current production and consumption by volume only, but rather, it is about changing altogether the current economic system, practices, structures, and logics. It promotes a shift to a society that has different structures and serves different functions, needs and relations between humans and between humans and non-humans.

Rather than promoting material wellbeing and economic growth at all costs, degrowth promotes and works towards a society that nurtures the values of justice, equity, care, wellbeing of humans and non-humans, as well as redistribution of wealth and power. The aim is to live a good and a more just and equitable life, where the humans and their lifestyles are in balance with, and do not exploit the rest of nature, other forms of life or other human beings and their labour. Degrowth scholars and ecological economists argue that such is possible with a democratically led redistribution of production and consumption, in the GDP rich countries, as a mean of achieving environmental sustainability, social justice, well-being and good life.

In the European vision of circular economy, pressure on natural resources is reduced while economic growth continues creating jobs and environmental benefits. Yet, others argue that continuous growth cannot be sustainable on a finite planet, and some go as far as to claim that such visions work against building more sustainable societies as they keep operating on rules set by oppressive capitalistic regimes. Indeed, the current global economic system is mainly based on non-renewable resources and the challenges in transforming the current consumption levels to more environmentally friendly and renewable resource base are immense and potentially overwhelming.  However, our current standard of living might not be as doomed to perish as one might be led to believe, since the human imagination and capacity to invent solutions are great, as many historical examples nicely illustrate.

From the perspective of an induvial consumer, a circular bioeconomy can manifest as a choice of biobased product over fossil-based product. The degrowth paradigm challenges the need for consumption of such product in the first place, while the neoclassical economist might view the choice as evidence for preferences and perhaps take into account the budget constraint in assessing whether such consumption choice leads to compromising either the available leisure (having to earn more money to afford the biobased option) or consumption of other goods. To reach the core of the problem, we might require studying (in Luke and elsewhere) why we consume the things we do and how consuming less would affect our lives. The aim of wellbeing and good life seems to be shared between the academic approaches after all.

On the system level, either globally or nationally, it is easy to agree that cooperation between the people is required. The ways in which this cooperation should manifest is rather a more divisive issue between the paradigms. In the “degrowth camp”, redistribution of wealth and power within and maybe more importantly between the rich and the poor countries, is portrayed as a solution, while such propositions in the “welfare economist camp” would surely rise more questions.  In any case, a dialogue between different views can lead to interesting observations, for example relating to the redistributive implications of circular bioeconomy.

A shift from the consumption of fossil fuels would not only be a shift towards less environmental harmful society, but also a shift in location and likely ownership of significant source of income and power. In the current state of the world affairs, this is easy to see and thus analyse the green transition purely from the perspective of correcting environmental externalities or competitive markets in resource allocation. However, this would offer a very limited view of the drivers and barriers to circular economy. Assessing ex ante the impacts of circular bioeconomy from the geopolitical angle would provide us who work in Luke (Natural Resources Institute Finland) a way to anticipate the future needs for research and technological development better.

Armed with multiple scientific approaches, we believe that Luke is set to assess the impacts of difficult choices that future climate change will pose from individual to national level and increasingly also on global level. Solutions, may they be, in local production, universal in basic income, carbon pricing or in sharing work, require further study which would be a privilege to be able to contribute to.

The views of the bloggers are of their own and do not represent the official position of the Natural Resources Institute. 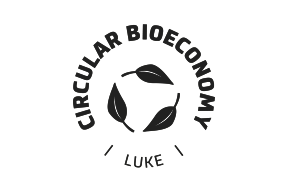 The New EU Forest Strategy for 2030: A New Understanding of Sustainable Forest Management?

Circular bioeconomy should be planned in synergy with wider sustainability transitions