Farmers can earn more by developing their fields to be more diversified as the fertility of soil improves. At the same time, carbon can also be sequestered.

When the aim is to shift from a monoculture towards improved soil fertility, carbon sequestration and positive environmental impact, studies have shown that the best ways include increased plant cover, more diversified crops and crop rotation. Increased diversification in farming is the current trend.

Researchers from the Natural Resources Institute Finland (Luke) are involved in an extensive European study to examine the practical solutions of increased diversification, both on fields and in production chains. Kristiina Regina, research professor at Luke and a senior scientist in the Diverfarming project, says that information about methods suitable for all European agricultural areas is collected by means of on-site experiments and long-term studies. Experiments have been conducted through 22 case studies in all parts of Europe.

Finland is focusing in particular on the long-term impact of direct seeding and organic crops, as well as on catch crops. In Southern Europe, the range of methods can include successive harvests and, for example, experiments on herb growing between olive trees.

“In Finland, diversification comes from improved crop rotation and mixed cropping, with several crops being grown at the same time in a single field. To increase plant cover, the most realistic way is the use of catch crops”, Regina says.

A diversified cultivation area has been studied in Southwest Finland where monoculture covered 20 per cent of the field area and diversified crop rotation accounted for a few per cent. According to Kristiina Regina, farmers have a good understanding of the benefits of diversification on soil fertility and are actively looking for information about new methods.

Long-term goals include improving the carbon sequestration capacity of soil and biodiversity in agricultural environments. According to Regina, the use of fields as a carbon sink is a realistic goal. In Finland, carbon sequestration is restricted by the short growing season. However, catch crops, high yields and soil improvement agents offer well-functioning means.

“Money, or better allocated environmental steering, would be another motivator alongside improved fertility in improving the carbon sequestration capacity of fields. This also calls for better information to support decision-making”, Regina says.

An economy of scale?

Large farms can better diversify their cropping than smaller farms. This is indicated in senior scientist Lauri Jauhiainen’s modelling of farmers’ decision-making practices.

Is the economy of scale a decisive factor or can diversification offer new tools for the profitability of cropping? Research professor Heikki Lehtonen aims to answer these questions,

which have been studied surprisingly little. According to Lehtonen, profit margin calculations have been conducted for individual crops over one year, while studies of the impact between several crops and calculations covering several years have not been carried out. Lehtonen says that calculations must be based on price averages over at least five years in order to perceive costs and profits properly.

It is often claimed that diversified cropping is profitable, because fertilisation costs are lower. If a nitrogen catch crop, such as broad bean, is used as a break crop in monoculture, there may be some savings in fertilisation costs.

“Small savings in nitrogen are not that valuable, only a few tens of euros”, Lehtonen says.

Next, Lehtonen will include the negative impact of monoculture on yields in his calculations, and he gives an example: according to expert estimates, the harvest level of barley decreases by five per cent per year in monoculture and by a total of 18 per cent in five years.

By using rapeseed every four years as a break crop, there will be savings in fertilisation costs and, considering the higher profit of rapeseed than that of cereals, the profit margin will be approximately EUR 250 to 280 higher per hectare in a five-year period.

The calculation does not include the benefits of improved soil fertility in changing weather conditions, but it gives an estimate of how much the losses arising from monoculture can be reduced.

Researchers are examining any uncertainties involved in the calculations. According to Lehtonen, the most interesting variable is the pre-crop value, or the impact of the previous crop on the next crop’s harvest level. In the Diverfarming project, pre-crop values calculated in Luke’s other studies are now being used systematically for the first time.

“For example, wheat can produce up to eight per cent higher yields when following an oil crop. If the margin of the oil crop is also considered, the profit margin will be EUR 220 higher per hectare in a five-year period”, Lehtonen says, and adds that such profits are worth the effort.

Researchers are developing ready-made profit margin calculations that farmers can test during future project workshops to decide whether to participate in experiments.

“Farmers should consider this from their own perspective. The neighbouring farmer may use completely different crop rotation systems”, Lehtonen says.

Markets for fertility-improving crops to be developed

The largest obstacle is the development of cereal prices, which has not corresponded to the increase in production costs. However, Lehtonen points out that diversification rarely moves profitability in a negative direction, provided that there continues to be buyers for harvested crops.

In addition to oil crops, the Diverfarming project calculates the profitability of other crops and various grasses as break crops, for example, so that a crop farm sows and a domestic animal farm harvests. In this case, there are no profits, but costs remain low and all benefits are directed at the soil.

Lehtonen would even talk about meaningful farming: “This will not make farmers rich but motivates them to create a better future for themselves and for the next generations. Roots lying at different depths loosen the soil and prevent soil compaction. Calculations reveal even the smallest benefits”.

Carbon sequestration in the soil and carbon emissions trading are waiting in the future. According to Lehtonen, although carbon can be sequestered in fields, farmers should primarily be rewarded for producing harvested crops.

“Currently, environmental compensation is largely based on the reduction of nutrient leaching. Carbon sequestration could be better involved so that farmers could choose crops that sequester carbon from a specific range”.

Lehtonen believes that it is important to develop a market for fertility-improving crops. The sale of feed proteins and food made from legumes is a good start, but markets are also needed for carbon sequestration and improved biodiversity. If supply meets demand, farmers will have a lot to offer.

“There are many opportunities and uncertainties. Most likely, not many farmers will diversify their crops, as this may be financially reasonable. Some have, however, already started to experiment and some have extensive experience in diversification. Consumers want to have locally produced food, and if production also improves carbon sequestration and biodiversity, this all sounds good. Farmers have a significant decision to make”, says research professor Heikki Lehtonen. 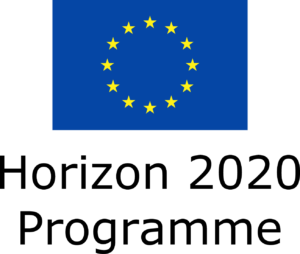 World Soil Day reminds us of the importance of soil biodiversity